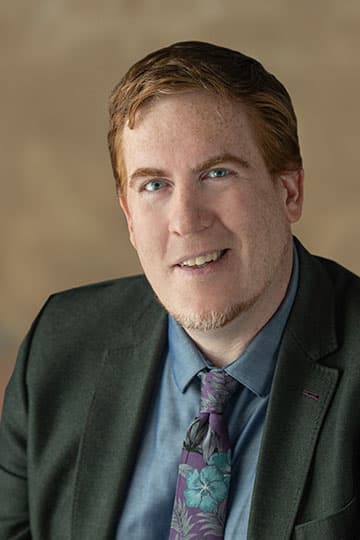 Corey specializes in complex intellectual property litigation, with a long record of success both asserting and defeating patent claims on behalf of startups, individuals, universities, and Fortune 500 companies. He has served as actual or de facto lead counsel, driving strategy from complaint through successful resolution. And he has often stepped in to manage technical or other aspects of ongoing cases. In particular, he has substantial experience working with, presenting, and cross-examining engineer and expert witnesses. A trial lawyer at heart and in actual practice, Corey works efficiently and with judgment born of wide experience. He writes and argues with clarity and credibility—having found more success with honest teaching than in any other form of advocacy to juries and judges.

Prior to joining Bunsow De Mory, Corey gained over a decade of experience trying, litigating, and resolving high-stakes intellectual property cases at Keker, Van Nest & Peters and at Jones Day. In addition to his many stand-up trial experiences in U.S. District Courts around the country and at arbitration, Corey tried three misdemeanor cases to jury verdict as a volunteer Deputy District Attorney in Los Angeles. He has also represented indigent clients pro bono in civil, family, traffic, eviction, and immigration courts, and in the U.S. Court of Appeals.

Corey had a whole previous career in electrical and computer engineering, before taking a hint from his childhood fascination with Perry Mason. He worked as a chip designer and technical marketing engineer on mixed-signal and very-large-scale integrated circuits—for disk drives, optical routers, network processors, and other applications. In his free time, he takes road trips, reads towards achieving polymathy, and tries to be a good Dad.

Represented Theta IP in a patent infringement action against Samsung in the Western District
of Texas relating to patents invented by renowned Columbia Professor Yannis Tsividis. After
defeating Samsung’s dozen-plus dispositive motions, achieved a very favorable resolution of
the case as the jury was en route to the courthouse for jury selection in early January 2022.

Representing soil scientist, viticulturalist, and inventor Dr. Paul Skinner in enforcement of a patent portfolio related to intelligent control of irrigation and chemical delivery in vineyards and fields.  Prevailed in initial phases of litigation against Gallo, including defeating a patent ineligibility motion and successfully opposing institution of inter partes review.

Brought and led ongoing litigation enforcing a portfolio of high-speed optical communications patents on behalf of Ramot and its Tel Aviv University researchers. Defeated institution of three inter partes reviews and successfully defended Federal Circuit appeals from that result. Litigation is ongoing in Texas, Delaware, and the U.S. Patent Office.

Joined trial team asserting an image detection and facial recognition patent as part of a longrunning litigation in the Eastern District of Texas. Achieved a string of pre-trial motion victories, and a favorable settlement just before trial was to begin.

Recovered tens of millions on behalf of sellers of acquired sensor technology, in a contractual indemnity action that was tried to an arbitrator and concerned settled patent and trade secret litigation.

Successfully represented DIRECTV in all aspects of a breach of contract arbitration that was tried to a three-judge panel and concerned indemnity for patent infringement claims. Won an award and completely defeated counterclaims that were together worth more than $75 million dollars.

On behalf of Comcast, asserted multiple networking technology patents against BT in the Northern District of Texas.  Obtained a favorable settlement.

Defended cloud network security startup Zscaler in a fourteen-patent litigation in the Northern District of California. Argued for and secured dismissal of two patents as invalid for subject matter ineligibility.

Argued for and obtained summary judgment of non-infringement on behalf of application performance management startup New Relic, leading to dismissal of competitor litigation in the Eastern District of New York.

Represented data storage innovator Pure Storage in a five-patent lawsuit and trial in the District of Delaware.  Defeated two patent assertions before trial, obtained jury verdicts of non-infringement as to two others as well as a verdict of zero lost profits, and won partial judgment as a matter of law and a new trial on invalidity as to the last patent, prior to a favorable global settlement.

Represented defendants in advertising technology patent litigation in the Eastern District of Virginia. Obtained summary judgment of invalidity as to most claims and exclusion of plaintiff’s damages expert report on the eve of trial, which were upheld on appeal after stipulated dismissal of the one remaining claim.