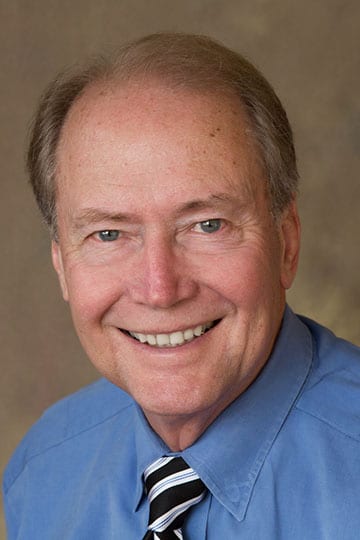 Henry Bunsow has over three decades of experience trying some of the most difficult and important patent and technology cases, and has built a reputation as one of the country’s top IP trial lawyers. He was recognized by the California Lawyer as Lawyer of the Year, and has received rave reviews from major legal commentators and his clients.  He has tried over 40 cases to verdict.  His clients refer to him as “a great lawyer” and a “force in the Courtroom” (Chambers rankings), and he has been ranked as a “Preeminent Lawyer,” “Top Lawyer,” and “Super Lawyer” for over a decade.

Henry has a keen ability to present even the most complicated technical and legal issues in a manner that is simple and understandable to jurors and judges alike. He is a master at spotting and presenting the most persuasive facts from amongst volumes of case materials.   And, no amount of preparation can protect even the most trial-hardened expert or opponent from a Henry Bunsow cross-examination.

Outside of the courtroom, Henry is an avid golfer, and enjoys horseback riding and spending time with his new grandchild.

DuPont Air Products Nanomaterials v. Cabot Microelectronics. Lead trial counsel in this patent infringement case representing DA Nanomaterials. Secured a declaratory judgment of non-infringement of all asserted claims on all four patents at issue. The jury also found no infringement under the doctrine of equivalents and no willful infringement. The Federal Circuit affirmed the jury’s verdict.

Harris Corp. v. Ericsson Inc. Represented Harris Corporation in a patent infringement case. The asserted patent related to cellular communications systems and methods that are used to equalize transmitted information in cellular phones and base stations. The jury awarded Harris approximately $61 million in compensatory damages and found that Ericsson’s conduct was “willful”.

O2 Micro v. Bitek. Represented O2 Micro in a continuing series of cases enforcing O2’s patent rights to power converter technology used in LCD screens. A jury trial in Marshall, Texas resulted in a finding in favor of O2 of willful infringement and an injunction.

O2 Micro v. Sumida. Represented O2 Micro in a continuing series of cases enforcing O2’s patent rights to power converter technology used in LCD screens. A jury trial in Marshall, Texas, resulted in a finding in favor of O2 of willful infringement and the maximum amount of damages.

Harris Corporation v. IXYS. Represented Harris as plaintiff in this patent infringement case involving insulated gate bipolar transistors. The patent was found valid and infringed by the District Court and damages were assessed at a 9.25 percent royalty rate.

Tekmax, Inc. v. Exide. Represented Tekmax in a patent infringement case against the largest manufacturers of wet-cell batteries in the world for infringement of several Tekmax patents relating to battery manufacturing equipment. A jury trial resulted in a verdict in favor of the client. The verdict was affirmed on appeal to the Court of Appeals for the Federal Circuit.